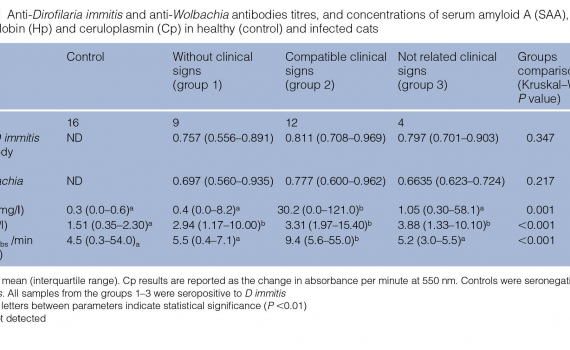 Objectives: The aim of this study was to characterise the response of acute phase proteins (APPs) in cats seropositive for Dirofilaria immitis and to its endosymbiont bacterium Wolbachia. Methods: The APPs serum amyloid A (SAA), haptoglobin (Hp) and ceruloplasmin (Cp) were measured in 25 seropositive cats and in 16 healthy seronegative cats. Results: SAA and Cp concentrations were significantly higher in animals with D immitis seropositivity that exhibited clinical signs related to the disease, and Hp was elevated in all D immitis-seropositive animals. There was no significant correlation between APPs and D immitis or Wolbachia species antibody titres. Conclusions and relevance: An association between feline seropositivity to D immitis and APP response was demonstrated. Increases in serum SAA and Cp concentrations were related to D immitis-associated clinical signs, whereas Hp increased in all seropositive animals. 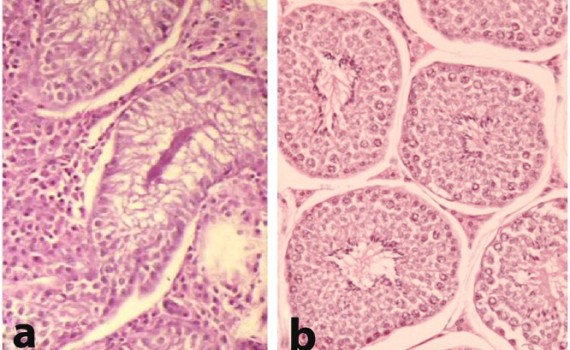 Data from 49 horses (25 unilateral cryptorchid and 24 as control group) are reported to determine macroscopic and microscopic characteristics of the testes, as well as to characterize their karyotype and hormonal levels. Histology showed that only Sertoli cells were found in the lumen of the seminiferous tubules of the cryptorchid testes, while spermatogenesis in the scrotal testes resulted normal. Cytogenetic evaluation showed that all cryptorchid horses were normal males (2n = 64, XY). In addition, the lower testosterone production observed in cryptorchid horses was associated to the smaller size of the retained testicle as well as to the lower number of Leydig cells adjacent to the seminiferous tubules. This study confirmed that a simple determination of plasma testosterone levels was enough to differentiate between non-breeding stallions, cryptorchid and castrated animals, avoiding the administration of hCG. 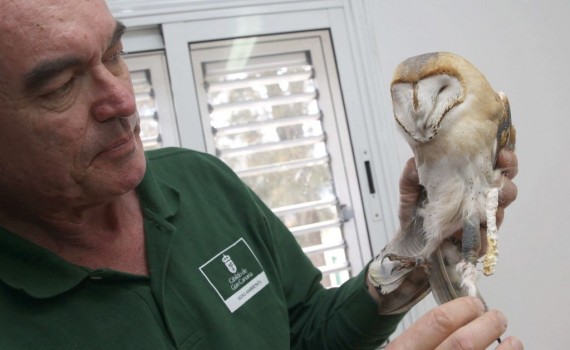 Final outcome of raptors admitted to the Tafira Wildlife Rehabilitation Center, Gran Canaria Island, Spain (2003–2013).— The outcomes of wild raptors admitted to the Tafira Wildlife Rehabilitation Center in Gran Canaria Island, Spain, from 2003 to 2013 were analyzed using a quality auditing system based on the crude and stratified (by causes of admission) rates of four final outcome categories, time until death and length of stay as quality indicators. The outcome categories were: euthanasia (Er = 19.78%); unassisted mortality during hospitalization (Mr = 22.20%); release (Rr = 57.57%); and permanent captivity (Cr = 0.46%). Taking into account the particular vulnerability of insular raptor species and the high Rr achieved, findings from this study emphasize the importance of wildlife rehabilitation centers for the medical management of injured raptors and the subsequent release of rehabilitated individuals into the wild. 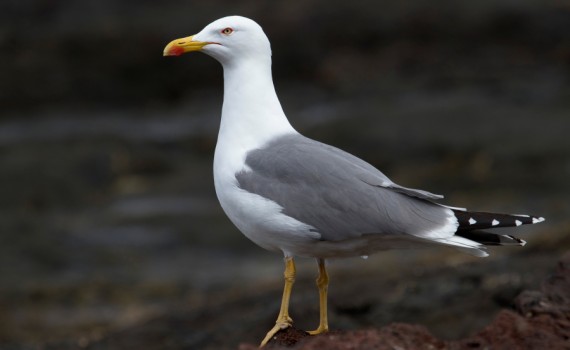 A long-term retrospective study on rehabilitation of seabirds in Gran Canaria Island, Spain (2003-2013)

The aims of this study were to analyze the causes of morbidity and mortality in a large population of seabirds admitted to the Tafira Wildlife Rehabilitation Center (TWRC) in Gran Canaria Island, Spain, from 2003 to 2013, and to analyze the outcomes of the rehabilitation process.

We included 1,956 seabirds (133 dead on admission and 1,823 admitted alive) in this study. Causes of morbidity were classified into nine categories: light pollution (fallout), fishing gear interaction, crude oil, poisoning/intoxication, other traumas, metabolic/nutritional disorder, orphaned young birds, other causes, and unknown/undetermined. The crude and stratified (by causes of admission) rates of the three final disposition categories (euthanasia Er, unassisted mortality Mr, and release Rr), the time until death, and the length of stay were also studied for the seabirds admitted alive.

This survey provides useful information for the conservation of several seabird species. We suggest that at least the stratified analysis by causes of admission of the three final disposition rates, and the parameters time until death and length of stay at the center should be included in the outcome research of the rehabilitation of seabirds. The high release rate for seabirds (68.34%) achieved at the TWRC emphasizes the importance of wildlife rehabilitation centers for the conservation of seabirds.

Background: Pulmonary hypertension (PH) is a frequent and severe phenomenon in heartworm disease caused by Dirofilaria immitis, mainly caused by intimal proliferation of the arteries and pulmonary thromboembolisms. Transthoracic echocardiography is the method of choice for diagnosing PH in dogs although the diagnosis is often based on indirect and subjective parameters. The Right Pulmonary Artery Distensibility Index (RPAD Index) is a method that has been recently validated to estimate the presence and severity of PH in heartworm–infected dogs. This study compared some echocardiographic parameters commonly used to estimate PH in 93 dogs infected by D. immitis and evaluated the impact of the parasite burden, microfilaremia, sex or origin of the dog (client–owned/shelter). Results: None of the studied echocardiographic variables seemed useful in the estimation of the evaluated clinical aspects, except for the PA/Ao ratio for parasite burden. The RPAD Index was determined in 88 of the dogs; of these, 70. 4% had PH (mild: 37.5%, moderate: 19.3%, severe: 13.6%). This Index showed non–significant differences according to microfilaremia, sex, origin or parasite burden. Symptomatic dogs showed PH more often and displayed more severe PH, in addition the presence of symptoms was greater among dogs with high burden; on the other hand 64.4% of asymptomatic dogs had some degree of PH according to the RPAD Index. Apart from the PA/Ao ratio, the other evaluated echocardiographic variables were not useful in evaluating of the hypertensive status of the heartworminfected dog compared to the RPAD Index. Conclusions: The estimation of most common indirect parameters is not useful in predicting PH in heartworminfected dogs. The results confirm the RPAD Index as an objective and supportive test in the monitoring and evaluation of PH in the heartworm–infected dog, and show a potential diagnostic value for the detection of PH in asymptomatic animals. 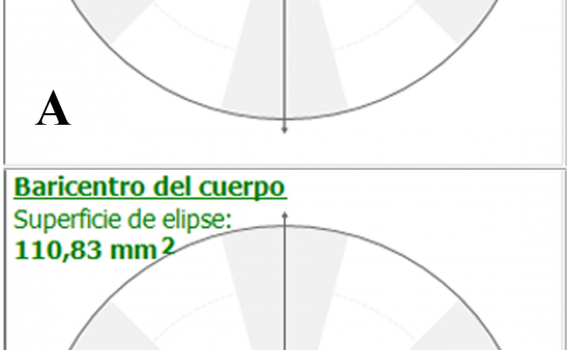 Static posturography: A new perspective in the assessment of lameness in a canine model

The aim of this study was to assess the static posturography in dogs as a useful tool for diagnosis of lameness by means of the use of a pressure platform. For this purpose, a series of different parameters (pressure distribution, area of support, mean pressure, maximum pressure and statokinesiograms) were obtained from five lame dogs with unilateral elbow osteoarthritis treated with plasma rich in growth factors. Data were obtained before and 3 months after treatment, and results were compared with a control group of sound dogs of similar conformation. Significant differences were found in the above mentioned parameters between sound and lame limbs. Improvement after 3 months of treatment was also detected, demonstrating that this multi-parametric technique is an effective and reliable method for the assessment of lameness in dogs. © 2017 Manera et al. This is an open access article distributed under the terms of the Creative Commons Attribution License, which permits unrestricted use, distribution, and reproduction in any medium, provided the original author and source are credited. 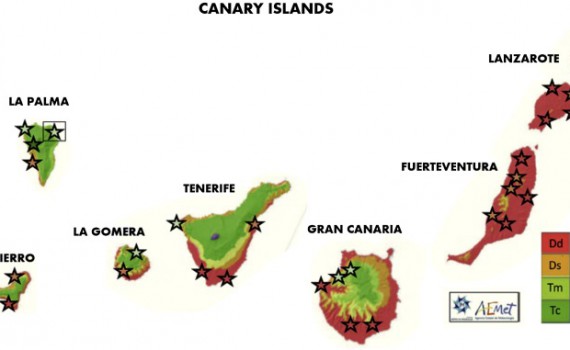 Toxoplasma gondii and Neospora caninum are protozoan parasites with worldwide distribution affecting different species. Previous studies performed in Gran Canaria Island on T. gondii revealed 63.3% of seroprevalence for both, humans and goats. Therefore, in order to evaluate the current status of both parasites in goats in the Canary Islands, 552 animals located in different climate zones were randomly selected. Sera were analyzed using specific enzyme linked immunosorbent assay (ELISA), revealing an overall seroprevalence of 7.8% and 1.08% for T. gondii and N. caninum, respectively. Prevalence in individual islands ranged from 0% to 30% for T. gondii and from 0% to 3.3% for N. caninum. This is the first epidemiological study done in the Canary Islands, and it revealed that the distribution and prevalence of these parasites were related to the different climates present in each island. Compared to the previous studies, this survey demonstrated a diminished seroprevalence for toxoplasmosis in one of the seven islands studied.

Pulmonary hypertension (pH) is a frequent and severe phenomenon in heartworm disease (Dirofilaria immitis). There is a lack of studies assessing the evolution of the proliferative endarteritis and pH caused by D. immitis after the death of the parasites, so this study evaluated the influence that the elimination of the worms exerts over the pulmonary pressure and therefore evolution of the endarteritis, through the evaluation of the Right Pulmonary Artery Distensibility (RPAD) Index and other echocardiographic measurements in 2D mode, M-mode and Doppler echocardiography in 34 dogs naturally infected by D. immitis on day 0, and one month after the last adulticide dose (day 120). pH, based on the determination of the RPAD Index, was present in 68% of the dogs (n = 23) on day 0 and on day 120. No significant differences were observed between the RPAD Index between the two measurements, and only significant differences were found in pulmonary deceleration time, ejection time, and left ventricular internal diameter in telediastole when measurements from day 0 and day 120 were compared. There was not any worsening in the development of pH after the elimination of the parasites, independently of the parasite burden. During the adulticide treatment, the death of the worms causes thromboembolism and tends to worsen the vascular damage and presence of pH. It seems that following the adulticide protocol recommended by the American Heartworm Society with the previous elimination of Wolbachia and reduction of microfilariae followed by the stepped death of the worms did not cause a significant aggravation of the pulmonary damage of the treated dogs. Neither is present any significant improvement in the RPAD Index on day 120; probably, more time is needed before appreciating some positive changes after the elimination of the worms and Wolbachia from the vasculature and further studies are necessary.

Link to the DOI 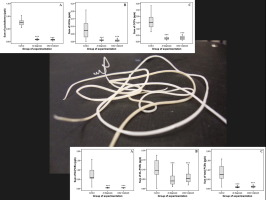 The heartworm (Dirofilaria immitis) seems to be able to metabolize organochlorine pesticides and polychlorinated biphenyls: A case-control study in dogs

Science of the Total Environment
September 05, 2016

It has been described that the co-existence of parasite infection and chemical exposure has various effects on the accumulation of persistent organochlorine pollutants (POPs) in the host. Certain parasites are not only able to accumulate POPs but also seem to have the ability to metabolize certain compounds. We have designed a case-control study aimed to disclose the role of . Dirofilaria immitis in the bioavailability of POPs in dogs trying to know whether these parasites store or metabolize the POPs. A total of 40 common POPs (18 polychlorinated biphenyls congeners (PCBs) and 22 organochlorine pesticides were quantified in dog serum. The study included three groups of dogs prospectively recruited in the island of Gran Canaria (Canary Islands, Spain): a) control animals, non-parasitized (serologically tested negative, . n = 24); b) a group constituted by dogs tested positive for heartworm disease (D. immitis) and negative for other parasites (n = 25); and c) the same group of parasitized dogs after the treatment against the parasite (n = 25). The presence of . D. immitis was strongly associated with lower serum levels of a wide range of pollutant in their hosts (PCB congeners 28, 105, 118, 123, 138, 153, 167 and 180; hexachlorobenzene, lindane, aldrin, dieldrin, and methoxychlor). The serum levels of these substances remained at very low levels after the treatment against the parasite, suggesting that . D. immitis do not simply store such compounds, but they probably have some ability to metabolize these pollutants. We encourage the use of the parasite infestation status as a cofactor that needs to be taken into account in studies aimed to evaluate the serum levels of POPs.

Background: Subjective pain assessment scales have been widely used for assessing lameness in response to pain, but the accuracy of these scales has been questioned. To assess scale accuracy, 10 lame, presa Canario dogs with osteoarthritis (OA) associated with bilateral hip dysplasia were first treated with mesenchymal stem cells. Then, potential lameness improvement was analyzed using two pain scales (Bioarth and visual analog scale). These data were compared with similar data collected using a force platform with the same animals during a period of 6 months after treatment. Results: The F test for intraclass correlation showed that concordance in pain/lameness scores between the 2 measuring methodologies was not significant (P value ≥ 0.9213; 95 % confidence interval, -0.56, 0.11). Although subjective pain assessment showed improvement after 6 months, force platform data demonstrated those same animals had returned to the initial lameness state. Conclusion: Use of pain assessment scales to measure lameness associated with OA did not have great accuracy and concordance when compared with quantitative force platform gait analysis.